Rivera leads Lady Wolves in back to back wins last week 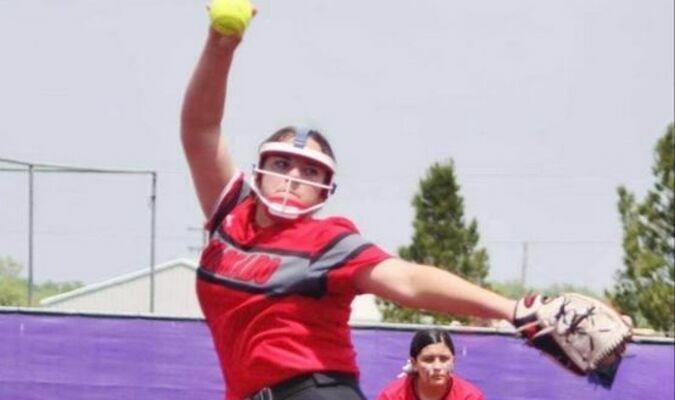 The Colorado City Lady Wolves flew past Borden County Friday, thanks to the outstanding performance of Kaci Rivera on the mound.

Rivera led the Lady Wolves for the win in the 6-0 shut out of the Lady Coyotes. She surrendered zero runs on three hits over seven innings, striking out 14. This came after her first shut out against Big Spring earlier in the week, where the girls won 7-0.

Not only was Rivera hot on the mound, she also hit for a combined .600 batting average with a homerun against Big Spring.

Rivera was also named Capital Farm Credit/Big Country Preps Player of the Week for her efforts.

"Kaci has really started to show her dominance on the mound. She is a fierce competitor on both sides of the ball and we are excited to see how she does going into district play,” said Lady Wolves Head Coach Krysten Marr.

First baseman Mallory Kern also had a good week last week. She went 5-8 with a .625 batting average, 1.000 slugging percentage with a double and a triple in the two wins.

“Mallory is a very tough hitter to face and has been having better at bats as the season progresses, we are excited to see the kind of numbers she will put up as we head into district play,” Coach Marr said of the senior Lady Wolf.

In the game against the Lady Coyotes, the Lady Wolves came up with nine hits in the game. Mallory Kern, Jazmyne Hernandez and Rivera each garnered two hits to lead the Lady Wolves.

On top of good hitting, the Lady Wolves did not commit a single error in the six innings against Borden Count.

Wolves look to open 4-2A play on high note