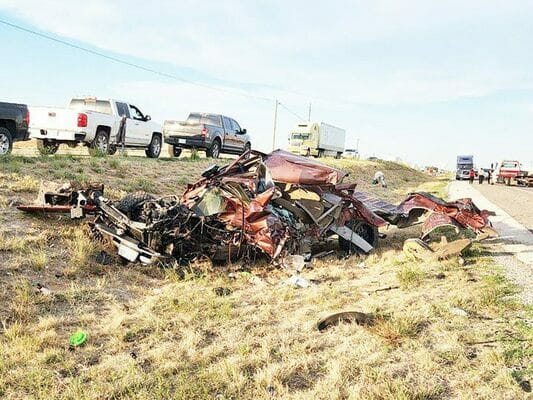 Bobby Henderson, of Colorado City, was killed in a two vehicle accident on Interstate 20 Tuesday evening.

According Mitchell County Sheriff Patrick Toombs, Henderson was traveling west on I-20 near Mile Marker 211 when he ran into the rear of a 6-wheeler, box truck that was thought to be parked on the interstate.

The three men traveling in the box truck were headed to Midland when they stopped. It is unknown at this time why the they had stopped on the interstate.

They were taken to the Mitchell County Sheriff’s Office for questioning.

Mitchell County Justice of the Peace Norma Perez pronounced Henderson deadat the scene of the accident. Texas Department of Public Safety is investigating the accident and more information will be released when it is available.