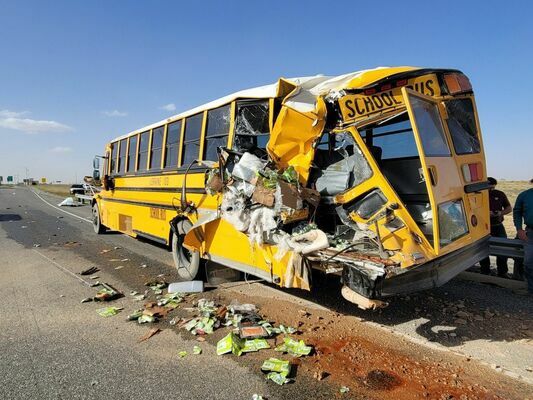 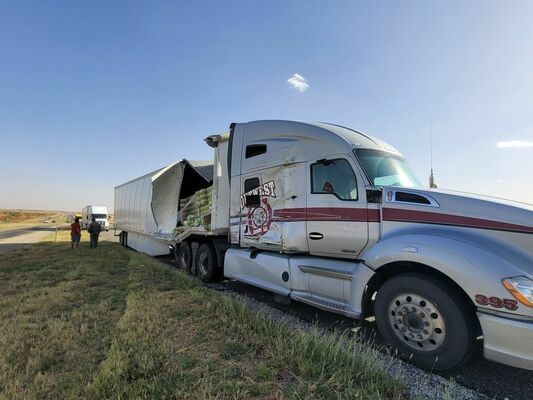 A Loraine ISD school bus was involved in a accident on interstate 20 this afternoon around 4pm. The bus, traveling westbound was losing power and as the driver realized that, he pulled the bus over to the shoulder of the roadway, but could not completely get out of the lanes of traffic before the bus completely died. The bus driver, superintendent Dustin Anders immediately got the kids off of the bus and out of harms way. An 18 wheeler then rear ended the right side of the bus, after everybody on the bus was out of harms way. There were no injuries reported.