Anders to be honored 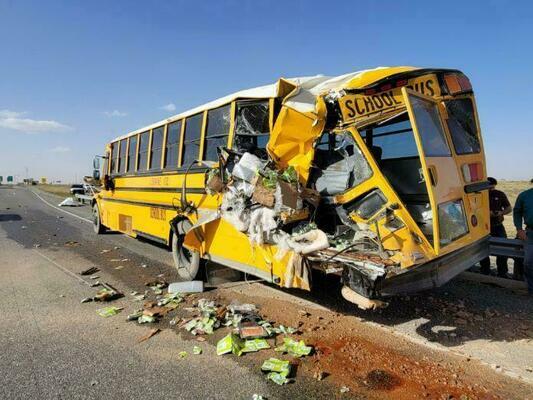 Representatives from the Texas Department of Public Safety, Texas Highway Patrol Division will be on hand at Loraine ISD on Wednesday, January 26, to honor the heroic efforts of Superintendent Dustin Anders during the school bus mishap last October 27, 2021. The event will be held in the Cafetorium at 2 p.m.

Anders will be receiving the DPS Regional Director Award for his actions during the incident.

Anders was running his regular bus route in a Loraine ISD school bus when the bus started losing power on I-20 about a quarter of a mile East of the Stripes. Anders was headed to Stripes where he meets parents to drop off kids. Anders pulled the bus over to the shoulder of the roadway but could not completely get out of the lanes of traffic before the bus completely died.

The LISD superintendent accessed the situation and immediately got all 27 kids off the bus. The kids ranged in ages from high school freshman to Pre-K. Anders said to a 7th grader that was sitting close to the front of the bus, “Grab a hand and let’s go.”

The Superintendent and his students went across the service road and sat next to a fence away from the interstate, where Anders started making calls to authorities and parents.

Run for the Wall cyclists will drive through C-...

Congratulations to the 2022 Seniors from the Co...

Wildcats, Lady Wolves continue to next round