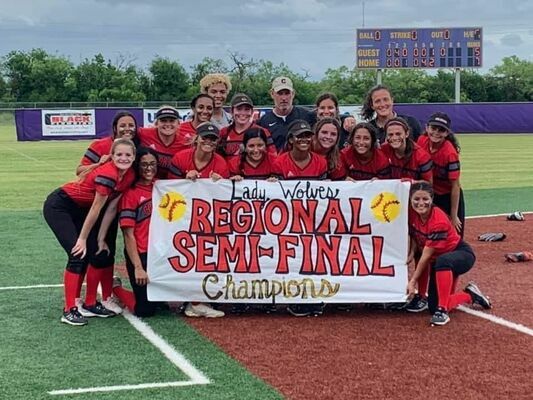 The Lady Wolves spent a cold, dreary, misty Saturday afternoon thrilling their fans with two wins over Anson, making them the Regional Semi-Final champions.The first game was played mostly in the misting rain, but that didn’t stop the Lady Wolves. They won Game #2 of the series 13-7. After a 30 break, the third game of the series began with Anson taking the lead 4-0. But the Lady Wolves did not let that deter them. They came back and won the game 7-5. They will now face Stamford, date, time and place to be announced.