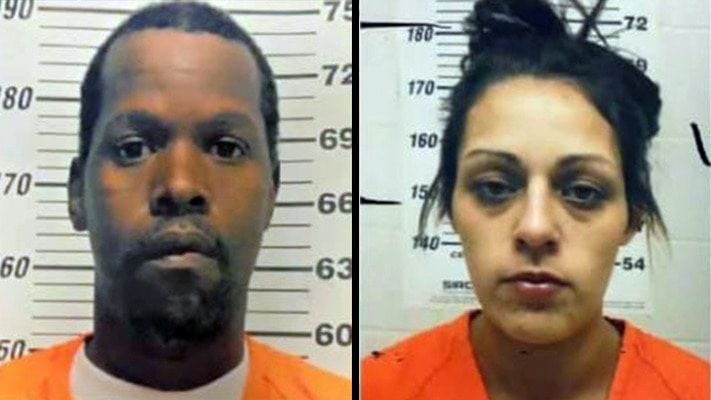 The second suspect in the fatal July 1 shooting of Norris Lee Williams, 38, of Snyder, has been taken into custody. The incident happened at the Cedar Row Apartments, located at 1912 Coleman Street in Snyder.

Misty Ann Parham, 28, was taken into custody in Howard County Tuesday, July 6, at approximately 5 p.m. A Big Spring Police Department press release said Parham’s vehicle was stopped and the officer discovered she had a warrant out for her arrest.

Both suspects are being held in the Scurry County Jail on no-bond, first degree murder warrants.

A fatal July 1 incident turned into an arrest of a local man by the Mitchell County Sheriff’s Department on murder charges and an ongoing search for another suspect by law enforcement officers throughout the area.

On Tuesday morning, the Mitchell County Sheriff’s Department arrested Donald Earl Emerson in connection with the reported shooting death of a 38-year-old Snyder man. Emerson, 40, turned himself into Mitchell County authorities at approximately 6 a.m. on July 6, several days after murder warrants were issued by Snyder law enforcement officials for two people in connection to the shooting death of Norris Lee Williams.

Williams, according to Snyder records, was found dead at an apartment complex in the 1900 block of Coleman just after 2 a.m. on Thursday.

A warrant for Misty Ann Parham, 28, was also issued by Snyder authorities. As of press time, Parham was still at large.

Emerson and Parham are both being charged with first-degree murder.

Individuals knowing the whereabouts of Parham, or who may have tips on her location, should contact the Snyder Police Department at 325-573-0261.

The search for Parham had another impact on Mitchell County. While seeking the fugitive, Colorado City Police Department officers apprehended a second male on an outstanding warrant. Taken into custody by CCPD officers at 11th Street and Locust Ave. was Michael McCoy. He was arrested Saturday evening on a blue warrant and for evading arrest.

In an unrelated incident, officers also made a traffic stop that resulted in the arrest of a wanted fugitive. During a stop in the 1400 block of Oak Street, Marcus Birmingham was taken into custody on charges of evading arrest, possession of a stolen firearm and possession of a prohibitive weapon. In a search, officers found Birmingham found a Teflon-coated projectile in his weapon.

Teflon-coated bullets are prohibited as they can penetrate police-issued protective body armor.

Lumberyard in Roscoe burns down overnight